I began studying music and learning the guitar under the famous Lou Gallo in 1949.

By 1952, I was playing in small bands in London pubs and clubs, but I soon progressed to playing in big bands at American camps and west end hotels. 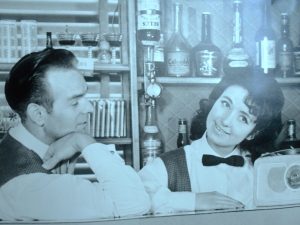 In 1956, I formed a double guitar act with Gerry Hart, We called ourselves (Johnny and Gerry Guitar) and in 1957 we worked the Windmill Theatre for a season. The following  year we played a summer season at Butlins where Gerry left the act.  Also, I was engaged to Maureen, a dancer. ( We married in 1959.)

After Gerry left, Cliff Richard asked me to join him in the “Drifters” We were in the early “Oh Boy“ television shows. However ,it wasn’t for me and I left when Maureen wasn’t allowed to come on a 10 day tour. I  then  returned to “ Big Band “ music, which I preferred.

In 1962 , we left  London, and moved north to Lancashire,  where  Maureen  and I,  formed a folk group.  Calling ourselves,  “The Delmaynes”  and we were quite successful until  Maureen’s early death in 1967. Leaving me with a one year old son. After cancelling a year’s bookings , I gave up music to bring up my son.  30 years  later, Audrey, my 2nd wife, persuaded me to go  back into music, and I now produce my CDs  in my own home. 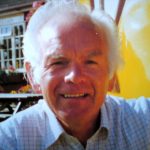 I am a musician, composer, and music arranger.

This music was produced in my studio in my own home using keyboards guitars and drums.

All played by myself and recorded on a multitrack recorder to my own musical   arrangements. All available on free download.

Cliff Richard was not actually discovered at the legendary 2I’s Coffee Bar at 59 Old Compton Street, Soho as many people think. Jazz Drummer Raye Du-Val reminds us “Of course the guys who were discovered there (at the 2I’s) are legendary but as I remember it, Cliff wasn’t one of them. Initially, he played across …